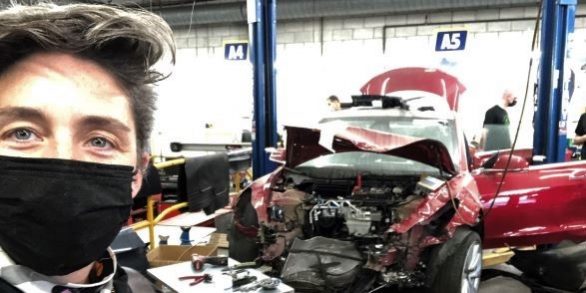 What Will Electric Vehicles Mean for Auto Repair Shops?

Electric cars have finally reached the mainstream and more of our auto repair shops. While mass-produced EVs have been available in the US for more than a decade (the Nissan Leaf launched December 2010), market share remained infinitesimal until the Tesla Model 3 dropped mid-2017.

Tesla established the EV market just as Toyota did with hybrids, namely its second-generation Prius. Today the Tesla is an object of desire, a fashion statement of savvy consumers that’s a combination of design taste and technical superiority. While Tesla owners may count themselves as part of the solution, environmentalism and politics are not their primary buying motivations.

Tesla’s competitive pressure, not regulation, has compelled legacy automakers to adapt their fleets, nearly all committing to EV drivetrains in the next 10 years. Regulators have quietly drafted behind these market movements, making announcements once safe to do so (presumably to take some credit).

While the pace of market change is still unclear, the change is clearly inevitable. It’s now fair to wonder, “What will EVs mean for auto repair shops?”

My auto repair shop has specialized in hybrid cars since 2007 and we’ve made plenty of money from this sector. The failure patterns of EVs are still different from hybrids, but hybrids provide a guide on adjusting service expectations for EV components. We service pure electrics, mostly Leaf, Fiat 500e, Chevy Bolt and, increasingly, Tesla.

In fact, the shop recently hired two folks out of Tesla with the intention to pivot from hybrids into electrics, now that there is a clear winner in which to specialize. Previously, folks would ask me, “Are you going to move into electrics?” I would answer, “You mean the cars that require factory parts, factory scan tools and factory service info, of which they sold all of 12 units?” Now Tesla is the inflection point for my shop’s opportunity, just like it is for everybody else.

There are aspects of Tesla that are encouraging (volume of sales, narrow list of models, plenty of proven service needs) and others that are downright threatening (over-the-air diagnostics and “repairs”). At this time, independent service shops can order parts (retail prices only), get service information ($3,000/year) and download a scan tool (free, but it only works on 3 and Y).

But access to the mothership? We have yet to enjoy that kind of access from any automaker, let alone the one without tailpipes and therefore no jurisdiction from the Clean Air Act.

The Right to Repair and Auto Care’s Secure Vehicle Interface (SVI) remain as important as ever. I would argue that advanced driver-assistance systems (ADAS) and vehicle security are bigger concerns to justify locking us out at this time, more so than emissions control. Needless to say, Tesla is also light years ahead on processing power and self-drive.

What Do Auto Repair Shops Need To Worry About?

Here’s some good news: if the original equipment (OEs) could have put our auto repairs shops out of business, they would have done it already. The aftermarket has always been able to fix cars more competitively due to:

Then there is the boogie man regarding future vehicle ownership. What if OEs broker repairs for themselves? Tesla has done their best to own their customer, going as far to tell them they won’t need any maintenance in the first place. (One of the Tesla folks now working at my shop told me that, when a Tesla is picked up by a new owner, the person delivering the car literally tells them they won’t need anything, no necessary service interval, etc.) “Pay no attention to the man behind the curtain!”

When Teslas need repairs, the company’s goal is to fix as much over the air (OTA) as possible. I heard a rumor that they address 80% of customer complaints that way. Of the remaining 20%, they have deployed a mobile-first model, employing former cable installers to fill their technician ranks. (It makes sense since those folks are used to being out on the road, having an interface with customers and doing IT.) Whatever can’t be done by mobile ultimately finds itself in a dealership, the most inconvenient and expensive option.

When the car does need a bona fide repair, parts are usually involved. Tesla has a unique problem prioritizing parts for repairs versus those for new cars on the assembly line. It’s standard for dealer jobs to wait until spares are made available. Thus, consumers are likely to wait days if not weeks to get their cars back for dealership auto repair shops. (This problem also affects collision repairs; Tesla has started to offer its own insurance to defray the premium inflation due to storage fees at body shops.)

Here’s the upshot: While Tesla may seem advantaged, it suffers many complications. Their recent willingness to make parts, service info, and scan tools available outside its dealer network is a clear admission of their need for help from the aftermarket. But we need the parts and auto repair software to do our jobs.

So, What Are Those Failure Patterns?

Service facilities need to survive the lean times and be there for the sudden failures: big repairs that require diagnostics and high labor R&R. Think HV batteries, drivetrains and cooling systems.

The one silver lining is tires. Electric motors deliver instant torque. A Prius will go through tires faster than the average econobox (while aggravated by low rolling resistance designs, regular tires still wear out faster). Tesla’s tires notoriously do. Tires and alignments (and rims for city dwellers) can be required as frequently as every 5,000 miles (30,000 miles is typical.) That’s for the Model S before the Plaid.

Door handles, center displays, 12-volt batteries, glass, suspension and NVH (there’s no engine for subterfuge!) are all common as well.

There’s no such thing as an infallible machine, even for Elon Musk.

Convey the details no matter the context: maintenance, diagnosis, and/or repair. Sell with clicks, not calls. Showcase your technical expertise on the latest drivetrains, protect your profit, and build your reputation with 5-star reviews.

Using an auto repair shop management software that outsmarts the competition gives you an edge, even when it’s against the world’s richest man. 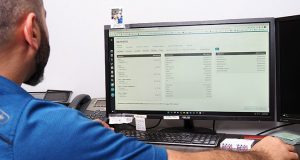 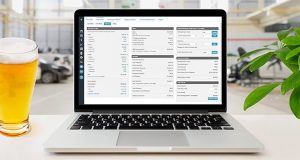 Your automotive repair business software can easily tell you if your shop turned a profit if you’re using the right shop management software. 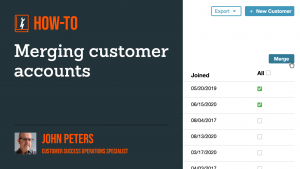 How to merge customer accounts in Shop-Ware.